The Kairos Group is a consulting body that sees our gifts as helping to identify and define a situation.  Many congregations do not have all they need to advance their mission of proclaiming the good news of Jesus Christ.  We help you search for resources to encourage a positive move forward.

Our intent is to facilitate resources and expertise for the variety of situations arising in a congregation.  We offer support for renewal and focus on working toward fresh and sustainable approaches.  God does provide for your authentic and meaningful mission as an outpost of the Kingdom.

Consultation, Education, Service:  Kairos is here to help fill in the gaps. 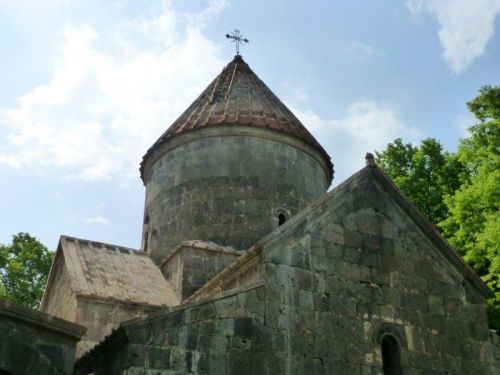 As the Coordinator and a principal in The Kairos Group, Jack Hodges enjoys working toward experiences that build up and enhance organizations.

Jack has served as Pastor in large congregations with multiple staffs (850 members) and most recently, an urban congregation  of 21 that grew to 52 members in five years.  In addition, he has worked and consulted with nonprofits, city and county governments, long range planning in public education and led teacher education/team building events.  The School of Information and Library Science at the University of Pittsburgh, PA, was one of his most interesting experiences:  facilitating the Myers Briggs Type Indicator as an assessment tool in library management.

He graduated from Occidental College in Los Angeles, completed graduate work at San Francisco Theological Seminary (M.Div.) and a post graduate fellowship at Harvard University. He has a certificate in leadership from the Oregon State System Division of Higher Education.  Ordained in the Presbyterian Church (U.S.A.), he served three congregations in Oregon and two in the greater Pittsburgh, PA area.  Experiences with these very different congregations informs his current work.

Called to Oregon in 2000, to serve as the Presbyterian Church General Presbyter for the Presbytery of the Cascades, he retired in 2005.  He moved into ministry in the urban congregation, then on to long term preaching responsibilities in 2011.  He continues to explore and work in the transformation field. He serves on the Board of the Jinishian Memorial Foundation and has just completed six years on the national Presbyterian Mission Agency Board.

Jack enjoys facilitating groups, congregations, and committees as they develop and achieve their highest goals, as they find great satisfaction in their accomplishments.  He is particularly interested in faithfulness in mission, transparency in process, and encouraging a consensus that supports the goals, objectives, and programs developed by a group or congregation.  Seeing the energy generated by this kind of  "take off" is invigorating.

I bring wisdom from many years of experience in serving a variety of congregational settings, from large multiple staff to rural and urban racial ethnic;  and being in a variety of positions, from Minister with Youth to Lead Pastor and Seminary professor.

I will bring to every client the following core values and convictions: As a Congregational Consultant, pastors and churches choose to work with me when they want a growing and healthy church; want active lay volunteers and leaders committed to sharing in the ministry of the church; want support and assistance with resolving or managing a conflict; want to find ways to transform the challenge of their multi-cultural and multi-lingual context into opportunities for vital mission and ministry; want to live in peace and unity, seeing their diversity as a gift, and differences as opportunities for growth; and want discernment about what God is calling them to be and do in their present time and context.

With a strong belief in the importance of neighborhoods and communities, Bart Howard's professional career has been devoted to small community and college community development. He is convinced that churches and schools offer the best locations to focus on nurturing neighborhood and community Bart holds a BA from Aurora University in Illinois and a MA in College Student Personnel Administration from Oregon State University. He did his doctoral work (A.B.D.) in Human Development Theory and Research at Virginia Tech in Blacksburg, Virginia. He obtained certification in Human Relations Facilitation from the University of California, San Diego and pursued further graduate studies in Counseling Psychology at the University of Oregon.

He has worked at four small liberal arts colleges in Oregon, Illinois and London. England. Before retiring in 2007, Bart spent the last eight years of his career as a Senior Program Officer responsible for education and scholarships at one of Oregon's largest philanthropic foundations, which included leadership training in small, rural Oregon communities. Upon retiring, the Oregon Governor appointed Bart to the Oregon Student Assistance Commission, a state agency responsible for allocating all Oregon State financial aid to the citizens of Oregon. For three of the seven years he was on the Commission Bart served as Chair. Bart is also active in the Presbyterian Church and has served on the governing boards of congregations.

Some of Bart's competencies include: